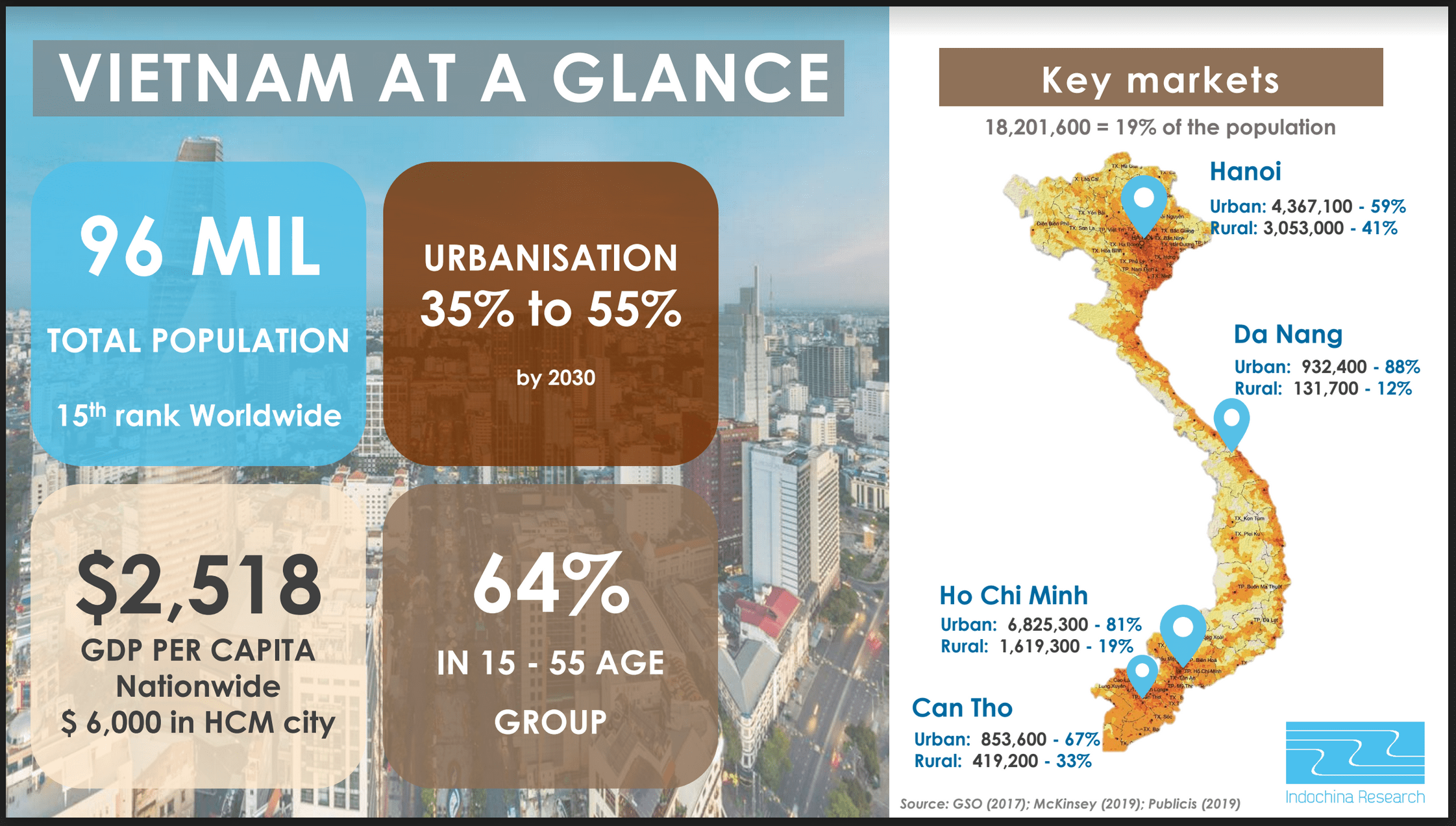 With the rapidly growing rate of the internet economy, the internet penetration in Vietnam (66% in 2019), and the tremendous support from the Vietnamese government, the tech startup landscape in Vietnam is now bustling than ever. Concurrently, there is a surging inflow of foreign investment more than US$30 Billion. Vietnam has seen the numerous tech startups growing like mushrooms after the rain.

After a decade of focusing on the IT sector, Vietnam has developed a decent IT infrastructure, a substantial ecosystem, and young tech-savvy workforces. The IT industry in Vietnam is now ready to shake up the whole startup landscape.

One of the most lucrative sectors of startups in Vietnam in 2020:

According to Digital Market Outlook (DMO), almost 50 million Vietnamese has purchased consumer goods online with total spending up to US$2.2 Billion in different e-commerce platforms. Vietnam’s e-commerce market size is expected to be US$3,385 Million in 2020.

Shopee (Tencent backed), Lazada (with 83% shares belongs to Alibaba Group), Tiki, and Sendo are the most popular e-commerce platforms in Vietnam. Shopee has the highest ranking in both mobile shopping apps and transactional websites.

The living standards of Vietnamese have increased significantly in recent years, driving the demand for traveling higher, especially in the youth. It has indeed set a new consumer behavior trend in the tech startup scene in Vietnam for the last couple of years. The online purchases made for travel (including accommodation) dominates this sector with almost US$3.5 Billion.

The competition in the e-travel sector is extremely fierce now. Besides the world’s most well-known platforms such as Agoda, Bookings.com, Airbnb, Traveloka, and many more. The local e-travel players have joined such as ivivu.com, Triip.me, and Luxstay continue to compete directly with the market share.

Few barriers need to be considered

Regardless of robust development, certain barriers might slow the growth rate down.

Only one-third of the 100-million population is living in urban areas (Hanoi, Ho Chi Minh City, Da Nang are the largest cities), while the rest still dispersed across rural areas. The low level of urbanization in Vietnam might be one of the most significant barriers to scale up online retailer platforms in terms of infrastructure and cost.

Cash is still king in Vietnam. The majority of the e-commerce platforms still apply the cash-on-delivery method. Vietnam still experiences a low rate of credit card penetration (1 in 25 adults owns a credit card!).

However, Vietnamese people are the fast adopters of digital payments, such as mobile payment and e-wallets. The year 2019, Vietnam has witnessed a dramatic rise in the fintech industry in Vietnam with about 164 startups, including global players and domestic ones.

About the Fintech industry, we will drill deeper in another post later.