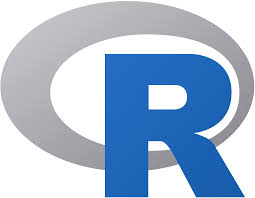 This project was done with a dataset of players of Sngame Company. The project aimed to predict the time spending game and the game purchase made by these players. I used the regression model, precisely with 2 linear models

#Summary of the data set
summary(sngame)

#Calculates the correlation for all the pairs of variables
cor(sngame_num)

This plot shows a positive association between time spent on game and age of players. It means that the older players are, the more time they spend on playing the game.

This plot shows a positive correlation of the salary and game purchase. When a player earns the higher salary, they will also purchase more upgrades and extra features in the game.

The plot shows the positive correlation between game.purchase and game.min variables. The player who spends longer time on the social network sites to play the game will spend more money for game purchasing.

The correlation matrix between the variables is as follows:

#t-test to understand if there is difference between two groups
t.test(game.min~gender)
t.test(game.purchase~gender)

We conducted a t-test to check whether the mean of game.min differs among male and females. The t-test showed no significant difference between male and female (p=0.85).

We also use a t-test to check whether the mean of game. purchase differs among male and females. The t-test showed no significant difference between male and female (p=0.64)

Therefore, we can conclude that the gender of player has no affection for their time and money spending on the game.

In the dataset of Sngame Company, the players are mainly people at the age of 20s.

Based on salary, there are two groups of correspondent that has the highest number of players. They are players who earn within a range of 1500-2000 euro and another group earns within 3500-4000 euro.

According to the diagram, the group of players who spend average 20 to 40 minutes for playing the game is the most common group.

The diagram shows that the players tend to spends around 15-20 euro at most for upgrading game and extra features.